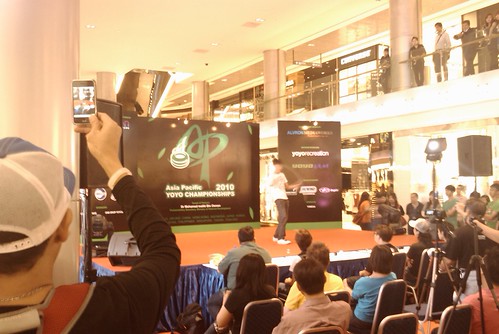 I’ve read Will Davies’ potlatch for a while, and always enjoyed his writing and the chance to engage with domains he knows much more about than I do. Catching up recently I enjoyed his reaction to the planned Westfield Mk II shopping centre, and the developers’ efforts to “harness that edgy, eclectic east London feel” through giving the artists and independent producers perceived as responsible for that edginess a central role in designing and filling the shopping centre. His piece highlights the absurdity of a mall co-opting the “messy, racially mixed, polluted, dangerous city street”, after a bit of a scoff at the surreality of putting Hackney bohemians next to Nandos. I enjoyed it: I recognised a shared response in his searching for ways to explain or understand the collision between mainstream corporate lifestyle provisioning and the real world.

But the things that seem to give rise to such tensions of authenticity and what looks like the co-opting of the ‘underground’ (or least a less visible) economy aren’t peculiar to Britain. When I arrived in Singapore from the UK, it took me a long time to understand that there was no irony or contradiction in having edgy independent outlets based in malls owned by pan-Asian conglomerates, except that generated by my own Eurocentric ideas about the correct places to situate particular ways of selling things. From the tone of the piece, Will might be surprised to learn (as I was) that there are plenty of hip young things here who “dream of one day draping antique suits and second hand books across the window of their own glass box”, and around Orchard Road it wouldn’t take you too long to find a pastiche of “anti-corporate urbanism”. I’m writing this in an educational establishment which has stalls available in the public foyer for those students who want to become ‘youthepreneurs’: perhaps that’s some indication that here the imaginary line between ‘real’ and ‘commercial’, the distinction between authentically hip and tragically imitative is blurred in ways that seem contradictory to European sensibilities. (Perhaps it never really existed – perhaps it was just us being embarassed about being in trade.)

Regardless, there’s a kind of honesty to the way ‘subculture’ is sold in airconditioned malls here that I missed when I lived in Dalston six years ago. The bus along the Kingsland Road to Liverpool Street took me past any number of independent shops working hard to avoid the impression that anything inside was associated with anything as crass and mainstream as commerce. The shops in the Cathay have copied their anti-shopping presentation, but by living inside a mall there’s no deceit or pretence. They have nice things and will exchange them for your money. That seems more authentic an approach than pretending your edgy east London isn’t lifted from an incomplete impression of New York in the seventies, or trying to pass Hoxton off as a sort of new media version of Berlin.

This isn’t to contradict or challenge Will, really, just to note that the notions of public space and urbanity that operate in his discussion seem tightly coupled to a particular place, and that the militia marshalled at the head of the piece are out of their jurisdiction in these parts. Globalisation might happen everywhere, but the frames used to understand it are always local.

(Related: I enjoyed this interesting paper on one of Singapore’s first malls: Chii, Wong Yunn and Lin, Tan Kar (2004) ‘Emergence of a cosmopolitan space for culture and consumption: the new world amusement park-Singapore (1923-70) in the inter-war years’, Inter-Asia Cultural Studies, 5:2, 279 â€” 304)