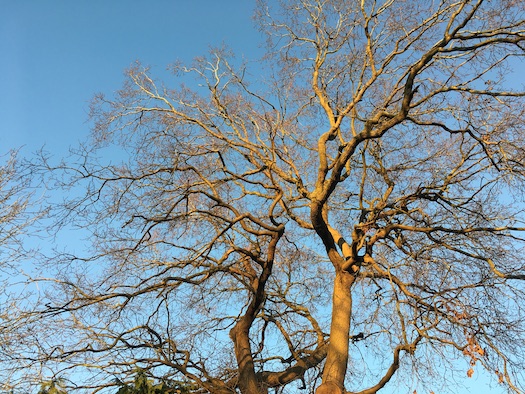 End of a decade, as we count things here. Arbitrary it may be, but after a couple of thousand years of roughly similar approaches to keeping track of time, perhaps the world has begun to notice and is starting to arrange itself in line with the calendar. Of course the world has a choice of calendars. Chinese New Year is not for weeks yet. The first day of Muharram isn’t until September. Rosh Hashanah is later that month. From a liturgical perspective the year kicked off weeks ago with Advent, and once the kings are gone and the Epiphany celebrated we can settle into a period of Ordinary Time.

Still, this seems a good point to recognise that many of the changes I and colleagues spent the last decade and a half advertising are established as reality, now, and that one of my jobs for the new year will be letting go of any residual conviction that the old order can be protected or resurrected. International governance, social democratic governments that work with capitalists to provide social goods, technocratic third-way reconciliations between states and markets, all the familiar elements of the system that many organisations sought to shore up through foresight and anticipation, these are all things that I think are historical, now, even if they haven’t yet quite stopped moving. The bushfires and floods in developed societies that featured on our slide decks and ‘postcards from the future’, the mocked-up news reports featuring disasters visiting the places in the world we assumed were safe, these have become real, even if they are eclipsed in the UK by more local concerns with the capture of our political system and the end of a brief period in which people assumed a common set of facts was shared by all.

I don’t mean to cover old ground here: goodness knows there is no shortage of newsprint describing the ‘rise of populism’, or explaining how conservative estimates of the rate of change in earth systems have been, or pointing out how a global financialised economy makes nation states redundant. I suppose I am marking a personal moment, of recognising that these changes have happened, and that however much I wish they had turned out differently I need to work with the world as it is. In practical terms, I think this won’t mean much. I have picked up a habit, from being in the civil service during the Brexit referendum and its aftermath, of paying far too much attention to the news, and now that politics seems less busy I can recalibrate. More importantly, beyond this work of accepting reality, I need to think hard about what connects ideas of the future to action, why the groups that thought their future was assured were mistaken, and why, despite all those photoshops of disaster and upheaval, action to counter climate change, pollution and biodiversity loss seems incapable of acceleration. Why is it that futures and foresight work has demonstrably not had the impact that its practitioners (for a time, me) claim it has? What is the right scale for human anticipation? What are the right ambitions for foresight? These are answers I will have to give students.

And for myself, I need to act in the light of the future we failed to avoid. Many people are way ahead of me, of course, which is a blessing since I can learn from them. I have read George Monbiot and John Thackara for years, and worked now and again on the periphery of the International Futures Forum. I think I need to re-engage with them and people like them, in the light of my changed understanding. I can try and find groups that are less old and white and male, too (I am all those things, now), and I am lucky to work somewhere where there are ways for me to do that. Doing this is more than simply trying to be more varied in the people I learn from, or representative in the people whose ideas I share: it’s a way of helping me address my biggest question. Alicia Elliot wrote a great piece in which she pointed out that “many non-Indigenous horror writers depict situations that Indigenous people have already weathered”: what is counted as a terrible future by the policy groups in whose company I have passed the last decade is usually a present or a past for people enjoying fewer protections from injustice. And that, I think, is my biggest question: what if ‘the future’ is not real, and the only real futures are in the present, unfolding unnoticed? Traditional foresight and current futures work doesn’t work with this view, separating out the future from the rest of life. I think the future is important, but it is wholly part of the present and the past, and my work now is to use that knowledge to help me act. Happy New Year.