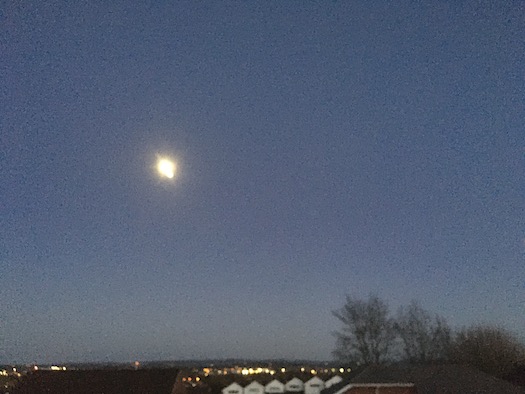 There are lots of groups rushing to set out their ideas about what’s next after CV19, and what sort of society we should seize this opportunity to create. One example: the RSA has a ‘Bridges to the Future’ ‘pop-up’ podcast series, with Geoff Mulgan as the first guest (he argued that the last financial crisis was an opportunity to forge a revived form of capitalism). In that post, Matthew Taylor discusses briefly why past attempts to direct the course of things after previous crises didn’t bring about progressive change, and presumably in the podcasts they will be discussing why this time is different. The RSA also has a five-point plan focusing on economic stimulus, education and health policy, and building community networks. I like their characterisation of a ‘bridge world’ (some version of ‘horizon 2’ from the Three Horizons framework). The ‘States of Change’ ‘collective’ (initiated by Nesta) has been holding huge ‘how not to waste a crisis’ videocalls, gathering ideas. There is a Global Foresight Summit taking place at the end of the week, which looks to be a similarly massive online meeting, focused more on the idea of foresight in general than on specific futures. But there are hundreds of similar efforts, in editorial comment sections and policy networks and ad hoc twitter groups and so on.

Some themes have become well-established: how the crisis might be used to get to a green, fair economy that makes good the damage done by prolonged recession, how privacy and citizen’s democratic rights are threatened by states of emergency, how tech firms are becoming essential public infrastructure, the need to build on the sense of community underpinning widespread volunteering. There is widespread agreement that the present system doesn’t work and that we need to avoid returning to it. Many proposals seem familiar—UBI, green new deal, open and decentralised digital platforms to support grassroots civic participation, etc.

I like all these ready-to-hand futures. I agree with those that point out how the pandemic has shown even the FT the depth of the cracks in the current order, and I hope that these progressive ideas stand a chance of being brought about in the upheaval. But I think there are two questions that it’s important to ask, about this rush to colonise the future.

Is this perpetuating the old way of doing things? I think that all this future commentary shows people working in the ways that they are familiar with from before the pandemic, where part of the goal is to claim new ground and set the agenda, working with the ways of managing attention that cultural commentary depends on now: a combination of posts on Medium, op-eds, twitter threads, podcasts, blog posts, articles in the Atlantic/Tortoise/Guardian/the Conversation/etc. The need to produce commentary to the rhythms established by this network favours publication over reflection. It’s hard to see how this will lead to the new way of doing things that is necessary for us to avoid returning to the old normal. We lack new futures (as Warren Ellis points out) but these old ways of talking about what should come next won’t produce them.

In any case, are these futures right for the post-pandemic world? They were made before the current situation, after all, using the ideas and categories and levers that were in place before the virus spread. I think it’s worth asking whether the building-blocks of these ready-to-hand futures are going to be unchanged. Are people going to be the same? Is the way they are imagined in these ready-to-hand futures going to bear any resemblance to how we actually are after all this? Are our assumptions about the way we’re governed going to be the same? There are some big changes underway that might mean we don’t value futures the way we do now, or at least that we might value different futures.

For example, we might expect to have a new relationship with death and with uncertainty. More of us will have had direct experiences of grief and loss, and of a different character, with victims kept alone and without human contact, and memorial rituals disrupted. Related: there will have been more trauma experienced, across lots of different parts of society for different reasons (not just getting sick from CV19 but from being unable to access other forms of medical and social care, from falling through gaps in a bureaucratic system pushed to breaking point, from being confined in places that are dangerous, from a general solastalgic loss of the normal world we were promised and so on).

There is more space now to imagine ourselves as moral beings first and economic actors second, with public policy focused on asking us to imagine a collective capacity for action and duty of care to society at large, some companies putting public service before short-term profit (retaining employees, manufacturing medical supplies). This is not to ignore the many whose economic condition is now and will still be a source of distress, but just to note that ideas like ‘doing the right thing’ and ‘society’ are parts of the national conversation in the UK in a way that has not been true in recent history.

(Conversely, those of us fortunate enough to be away from the frontline and in possession of adequate broadband are encouraged to disengage with the outside world, sit down and consume, not produce, content as a form of public service, in a strangely-two-dimensional sort of Machine Stops/Morlock-Eloi situation)

However we imagine ourselves, we are doing so as subjects of a state invoking far-reaching powers as a response to a situation that places normal forms of democratic accountability out of reach.

On a more fundamental level, we are being asked to be suspicious of basic human contact: touch, proximity, the things that have made us who we are since before we walked upright. Instead of connecting naturally and unthinkingly with other human beings in the same space, we have to reflexively inhabit a body that is four metres wide, and dance this body through a space made for different movements.

We inhabit different temporal affects to each other and to our past selves: people will have many different schedules and none, be answerable to groups working to office time, or not, know what day it is, or not, be making their own time or be part of a family’s time, be newly aware of the generational chains they are part of (and which links in that chain are over seventy).

Many of us are, it turns out, non-essential, at least in the immediate term. At least, our occupations aren’t needed for the basic operation of society. Perhaps they’re only essential for the kind of economy we had before. It’s a strange realisation, in any case. Whatever new futures we imagine now should have a stronger need for us, I think.

I mentioned L.A. Paul and her notion of transformative experience in a recent post. I think that the pandemic is that kind of experience for society, one that provides us with a set of values and ways of being that we can’t imagine now, all of which will shape the kinds of futures we will come to value. Lots of the futures on offer now are from ‘before’. But the ones that we value will be evaluated by whoever we have become ‘after’, whenever we are able to decide that is.

2 thoughts on “Rush to the future”