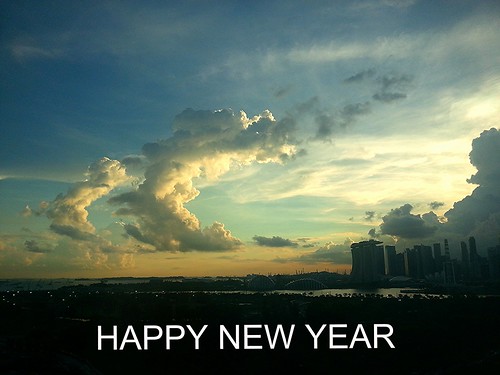 I’m making resolutions. There’s a few personal ones I won’t trouble you with (be nicer, think about other people, run more). One thing that bothered me this year, though, was not getting much done, and I think a small part of that was worrying too much about the rest of the internet.

Specifically, worrying about keeping up with Twitter and Facebook. Both of them make me anxious, for different reasons, and I can’t work out how to use them in a healthy sort of way. I want to use them both to stay connected to people and to learn more about things, but I end up worrying about etiquette and keeping up with everything that appears in my stream. I don’t want a stream. I want a pond, with edges. I can handle a pond.

And I don’t know how to file things I read on the Internet. I used to put everything in Delicious, and ignore it. Later, I moved to Pinboard, which I still use, sort of. More recently, worrying about how dependent I am on the cloud, I bought Devonthink, and started using that to keep things I found online, but I constantly feel as though I’m using it wrong. I used Evernote for five minutes, but it’s too busy and I have to update it before I can save anything. Academic papers I save in Mendeley, eventually, when I’ve moved them from my ‘To_Read’ folder. Mendeley is wonderful, but it doesn’t suit everything. Maybe I just worry too much.

So, anyway, my resolution this year is to make this site more central to how I live on the internet. It feels like doing that would help me write more, worry less and have somewhere to put all my internet stuff that works better. In some ways it’s a response to Anil Dash’s Web We Lost post, and Warren Ellis’ wondering if we’ve got to the end of the first stage of the social web, though it might be just be that I want to be somewhere where I don’t have to worry about being the product, or having to agree terms of service, or look at adverts. 2013: blog more, make it simpler. Happy New Year!

One thought on “Resolutions”