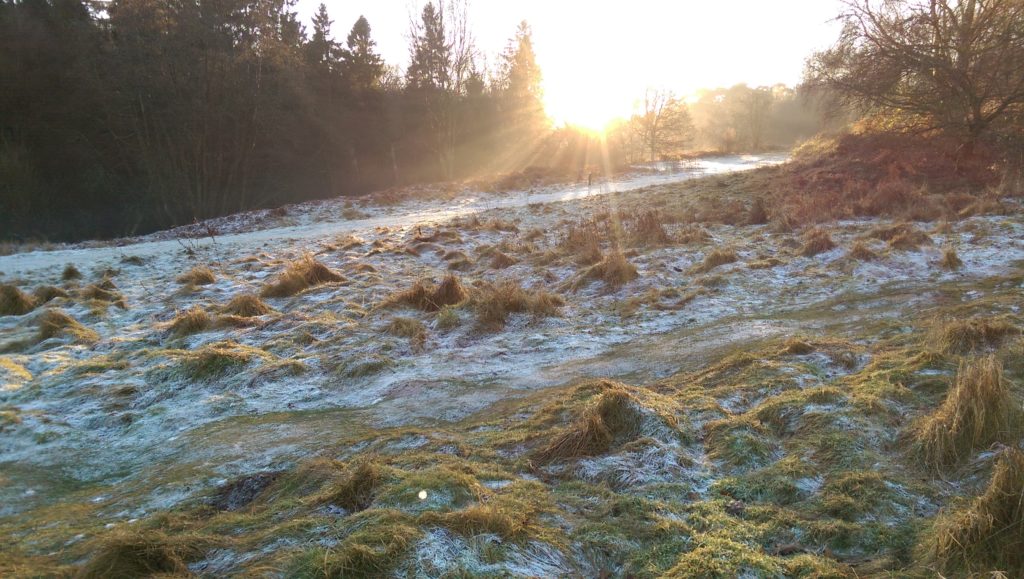 Dawn on the last day of 2016. By all accounts it’s been a bad year, and certainly it’s impossible to imagine the world is as it used to be. I’ve spent most of the year captured by the near-term political changes in Europe and the US, against the backdrop of the larger impending changes from the changing climate. It’s been hard to bring my imagination to bear on anything else, with a steady diet of articles diagnosing a resurgent populism, the waning of an economic order, the end of the post-war humanist and cosmopolitan values I took for granted, no end to the causes of large-scale migration, diminishing supplies of fresh water and land fit for growing food, and the decay of human nature across the board, leading to collapse and disaster on all fronts.

But perhaps it should always be impossible to imagine that the world is as it used to be. If this year’s taught me anything it’s that change really does happen, and continues to happen. The severity of some change – temperatures above freezing in the North Pole, in winter! – seems to trouble deep, structural aspects of how I imagine the world is. And this exerts a fascination and horror that I find difficult to escape. But I have to escape it, if only to be able to work on ways of responding to the crisis. The emotional response that causes my paralysis is the same signal that tells me how important it is that I remain able to act.

So part of the answer is to read less: to spend less time on Twitter, to ignore Facebook, to understand that most immediate responses to events will misunderstand and exaggerate and so ignore the comment section. Not to give up engaging, of course, or trying to be informed, but to have a more critical appreciation of how I spend my time and attention, and to be aware of how easily I find myself swept up in the dread and panic. And another part of the answer might be to spend more time remembering all the good change. Whole days have passed with countries powered by solar energy. Crime is decreasing. People live longer. The internet is still a place where local groups can organise and act.

On a personal scale, which I always think doesn’t matter as much but perhaps that’s exactly where I’m going wrong, 2016 was pretty good. My children learnt to read and write. I got a new job and passed my PhD progression. My wife ran the school PTA and raised thousands for new equipment. We got cats. We went camping in the sunshine and walking in the woods near us. Our parents got really good at being grandparents (and mine gave me their old piano). We saw old friends. All of this stability seemed a long away off a year ago, when we were still settling after a move.

So my resolutions from last year still seem good, which I guess is to be expected, since I didn’t expect to be finished with them any time soon. It feels like I have more at stake, though, and it’s more important that I follow them. Maybe I can condense them: be present (for work, for family). Don’t multitask. Finish things you start (start small things you can finish). Recognise distractions and procrastination as symptoms of fear, and address that fear. Get more sleep. Actually that one could stand in for all of them.

And obviously work out more, so I’m ready for the hand-to-hand combat and food riots. Happy new year.