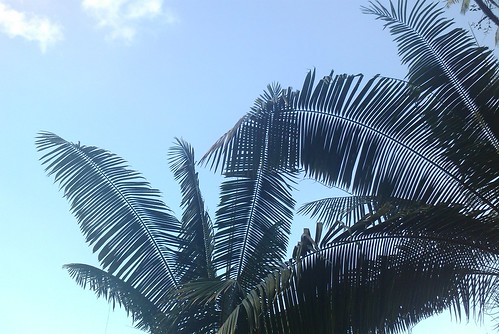 I’m in Charles de Gaulle airport, outside Paris, and nearly home. Of all the security lines I’ve been through in the past few months, the Parisians have shown the greatest genius for combining a surly inattention with a peculiarly insular and unwelcoming aggression. Not for them the earnest pomposity of the Americans, the breezy efficiency of the Dutch or the free sweets of the Singaporeans – they are wise enough to stick to what they know and love, a paradoxical ability to simutaneously ignore and patronise, and they share their gift freely.

So I’m taking my mind off where I am now by thinking about where I’ve just been, Singapore. It’s a couple of years since I spent any time there and it was interesting for me to see what’s stayed the same and what’s changed. I saw more adverts for tourism to Macau, Taiwan and Korea, a reflection I guess of the relatively strong Singapore dollar, though perhaps also echoing what seemed to be a renewed focus on its Eastern neighbours by Singapore, in contrast to the pro-Americanism I saw last time. Some of the coffeeshops I remembered are still there: some of the malls I shopped in have vanished entirely. I didn’t dare go back to Little India, my previous neighbourhood: I imagine it looks much like Spitalfields does now, another area I lived in briefly that was reckoned worth cleaning up. 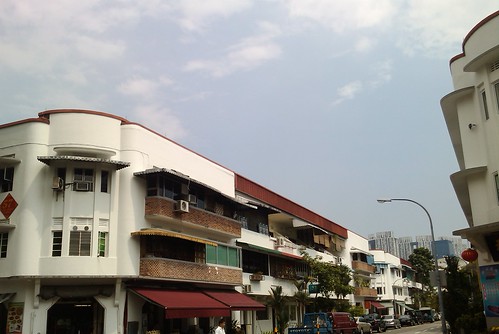 But the most noticeable change for me was the height. There are hundreds of new condos, and all of them seem many storeys taller than the towers I was used to. The flagship developments that were under construction as I left are finished now, and look squat and quaint below their newer neighbours. Old sightlines are gone, old landmarks obscured by new balconies, and the skyline has changed completely. I was staying in Tiong Bahru: walking around the two-storey blocks of the 1930s estate you are always overlooked by a series of immense structures (the Capital Tower, the new [email protected] HDB flats), and it’s hard not to think that the estate isn’t so much a conservation area as a modern reservation. Though of course some of the architects of these new buildings, and the even more spectacular ones yet to be built (the Singapore Scotts Road Towers, the Interlace residential complex), live in the estate. Singapore is too small to have the kind of disconnnect between planners and dwellers that we might be more used to in the UK.

So Singapore definitely seems taller. But lots more of it seems to be underground as well. There are new connectors between Wheelock Place and Orchard MRT, a new subway between City Mall and Suntec, three new floors of shops below ground in Ion mall. Rather than reclaiming land horizontally, from the sea, and eventually from Indonesia and Malayasia, Singapore seems to be reclaiming it vertically. No new territory, as far as the map is concerned: instead, they’re using engineering to overcome the physical resistances of densely-packed earth and thin, unsupportive air to fit more people (and businesses, and advertising) in the area they already have, in the same way that engineering and ambition enabled them to reclaim vast areas of land from the sea. It must be easier than facing the political resistances that limit horizontal expansion. Or perhaps it’s a way of overcoming them: tunnels between malls in Johor Bahru and Woodlands must surely already be on a planner’s laptop somewhere.

One thought on “We control the vertical”